Rasnov Fortress (Rosenau in German), is located on a rocky hilltop in the Carpathian mountains, 200m above the town of Rasnov in Romania. It is 15 km southwest of Brasov and also about 15 km from Bran Castle. The fortress is on the Bran Pass, a trade route connecting Wallachia with Transylvania.

The view from the top of the castle hill is spectacular.

Saxons first settled in Transylvania in the 11th century, and the Saxon town of Rasnov was founded in 1225. Following the first Tartar invasion of 1241, a series of fortresses were constructed by the Teutonic Knights to defend the people. Rasnov Fortress is one of these peasant fortresses. This castle differs from some in that it was meant to be a place of refuge for the commoners from sieges over extended periods of time. As such it had at least 30 houses, a school, a chapel, and other buildings more commonly associated with a village.

During a particularly long siege of the fortress, the citizens of Râşnov were concerned about the lack of available fresh drinking water. Two Turkish soldiers, having been captured earlier, were put to the task of digging a well in the centre of the fortress. These two men were assured that they would be given their freedom once the well was completed. According to local legend, it took them 17 years to finish the well, but they were still killed afterwards. This famous well still sits in the centre of Râşnov Fortress, and is 143 metres deep.

The last siege of Rasnov Fortress took place in 1690 during the last Turkish invasion of Transylvania. It was damaged by fire in 1718 and rebuilt the following year. The next major damage occurred as the result of an earthquake in 1802. The fortress was last used as a place of refuge during the revolution of 1848.

The citadel was conquered only once in its history, around the year 1600 by Gabriel Báthory.

How to get there

Car: 14km from  on the E574 towards Pitesti from Brasov 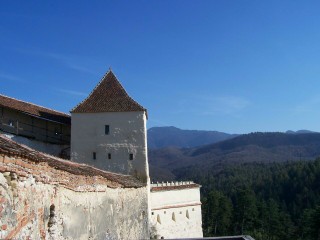 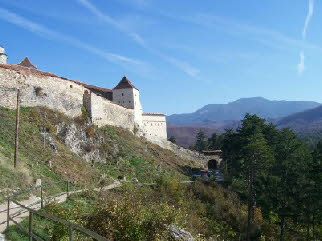